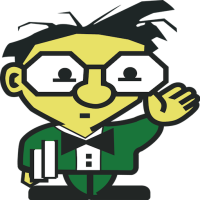 Intro (Putting it all together)

Welcome back to part 4 of Writing a Text Adventure in Go. In the last 3 parts we created individual systems to handle maps+events, combat, and items. In this part we will put it all together into one application that runs a Text Adventure from A to Z. In order to get this done we will create a project which will have several files to make the code more easily understood and in addition to this refactoring we will then make a few changes for the basic user interface.

All the code for this tutorial can be found on github - https://github.com/p4tin/GoTextAdv. Open that code in another tab to reference as it will help you follow along with this article.

We now have 3 distinct systems with 3 main applications that play separate parts of the code but not a unified application. Here are the steps that we followed to create the project that you see now on github.

As you can see not much of the actual code we wrote in the first 3 tutorials has changed to incorporate the 3 systems into one, but the code is now cleaner and we can start making this into a more robust system. I will do one more tutorial in the next little bit replacing the console code with a basic web interface.

Have a great week and remember to GO GO GO…